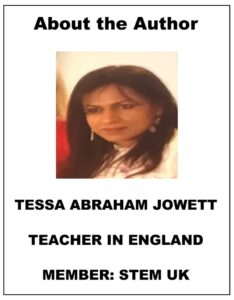 We talked at meal times, exchanged the mundanities of our day and argued over our conflicting viewpoints. There was hilarity and on occasion a serious discussion about the current state of affairs.Ours was a large family, 9 members in total, predominantly female. The everyday occurrences ran from hormones to hostility to huge chunks of hilarity. I didn’t grow up in a family where members were chemically or ethanol dependant, just noisy, nosy and nettlesome.  We argued, had physical fights, we screamed and yet cared deeply. We were completely aware of the highs and lows of each one’s lives. The interfering mum, the nosy sister, the strict yet loving dad, we had it all. Our everyday activities, scrutinised, lectured and supervised by siblings, parents and in some cases, the extended family also.   However, all these minutiae observations of the myriads of each ones lives, were simply due to the lack of technology or any other distractions. Our main sources of entertainment were books, music, sport and each other! 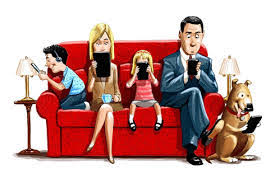 However, Life has changed so much for most of us in the past two decades. With the advancement of technology, changing cultural norms, new priorities, and new forms of communication, thanks to the Internet, it’s natural to question what the importance of the family is. Is it a dying institution as we know it, one that has no place in modern life? Have family values shifted to the point of irrelevance.  No, thankfully not.  The Family is just as relevant as it ever was and hopefully, will always be the centre of society, where children are nourished and nurtured like it always was, since the beginning of time.

Fast forward the decades to present day when family dynamics have shifted massively. The structure of the family is not stereotypically the nuclear family consisting of 2 parents with 2 or 3 children. There is what is called the reconstructed family where all members are not necessarily blood related.  Family diversity now included remarriage or parenting children with more than one partner. Single parenthood is more acceptable than it was ever was. In fact the atypical family  of the past is thankfully just as accepted as a typical family in today’s world.

The above of course, sums up the modern social state of affairs. The issue now are the methods of communication or conducting everyday activities and the dependence of the younger and sometimes older generation on the use of technology..

Most people who grew up till the mid 90’s, can happily claim to be the last of the generation who were not technology dependent for survival. Communicating with parents was verbal, landline phones and letters in the post. That was amongst the last remnants of the traditional family as we know it.

Could it be that the family dynamics have shifted massively with the huge leaps that technology has made in the last 20 years.  Extended family, even siblings find out the significant events of each life through facebook or Instagram, there is preaching and teaching amongst other uploads for the world to see. There are people who have fallen out with family members, lost careers and friends through the use of these platforms.

One boast for most children growing up in a typical family a couple of decades ago, would be social skills. Developing them was a matter of fact. Talking over at family mealtimes  and interacting with siblings, parents, grandparents without the interruption from social media or computer related distraction. It was a world without ‘Alexa’ to enquire what time the sun will rise.

Both, children and parents tend to use mobile devices during family meals, watch television or dabble on their laptop/iPads.  So even though this is for a relatively small amount of time, it will have a hugely negative impact on all the family members where conversation is stifled in favour of technological devices.

Of course, in some cases, it is possible that mobile devices are in fact complementing family interactions. For those whose family, like me,  have siblings scattered through the globe, it is a fantastic advantage, facetime, zoom etc. Recent research shows that  mobile device use and content is now necessary and fully impact on daily life therefore moving beyond commonly held negative assumptions..

Children’s absorption in technology, from texting to playing video games, does by their very nature limit their availability to communicate with their parents. A recent study found that when the working parent arrived home after work, the children are so immersed in technology that the arrival of the parent is rarely even greeted or even acknowledged.

In some cases digital competence in such an important area of children’s lives makes it more difficult for parents to assume the role of teacher and guardian to their children. In some families the lack of technological expertise or technological ignorance of parents leads to the inability to regulate its use. The children often assume they have a sense of superiority and lack respect for parents’ authority in these matters.

In days gone by the communication with peers would be on the home land line phone which was usually answered by a parent. This gave the parents an opportunity to monitor and act as guardians in the child’s social life.

Obviously times have changed and children use technology to keep their distance from ‘interfering’ parents. They see the technological divide between themselves and the parents as freedom from intrusion and over-involvement. For parents unfortunately, it is a loss of connection and authority and an inability to maintain an overall guardianship of their children.

There is little doubt that technology is affecting family relationships on a day-to-day level. Children are texting constantly, checking their social media, watching/listening to stuff on you tube. Because of the emergence of mobile technology, these practices are no longer limited to the home, but rather can occur in cars, public arenas, at restaurants, in fact, anywhere there’s a mobile phone signal. I have witnessed instances in restaurants, where the whole family are on their phones for the entire  duration of the meal, only talking when ordering the meal and the bare minimum,  then back to their devices.

However, it is not only the children who are responsible for the growing divide between parents and their offspring.  Parents and adults are also equally guilty of contributing to the distance that appears to be increasing in families. They are often wrapped up in their own technology, talking on their mobile phones, checking texts/email or on social media, immersed in their laptops,  when they could be connecting with their children by conversing or doing creative indoor or outdoor activities.

The fact is that family life has changed in the last generation quite apart from the rise of technology. The size of  families have shrunk to an average of 2 children per family. Also, with everyone being busy with work, school or after school activities, there’s less time for families to spend together. Technology has only aggravated the situation, the worst-case scenario being parents and texting or emailing each other inside the family home.

The downside of this distancing is profound. The less you connect with family the lesser you are able to build a strong relationship which as we know is the foundation on which families are built. If the simple factors of comfort, trust, security, sharing and most importantly love are lacking then it will lead to many lost generations to come.

I am very happy to express my thoughts with all of you through trinity blog. I really appreciate the initiative taken by the college. My regards and best wishes to the college for all their future ventures.